The blogosphere and the MSM have been set alight-pun intended-with the news that the Royal College of Physicians want to ban smoking in ALL cars, regardless that no children are onboard.

Below are two radio recordings from Five Lives breakfast show with Nicky Campbell.  In the first segment Nicky talks to John Britton from the RCP and in the second he talks to Deborah Arnott from ASH and Freedom2Choose member Tony Blows, a landlord who’s livelihood was ripped to shreds when the Smoking Ban Experiment came into being on the 1st of July 2007.  Listen to Tony call Ms Arnott a liar.

Lastly Simon Clark from Forest was interviewed by the One Show for the BBC-see video below-about the same war cry from the ‘ban smoking in cars’ crowd.


Update: I have added on another interview above, this time BBC Scotland interviewed author of Velvet Glove: Iron Fist, Christopher Snowden about the proposal to ban smoking in cars for everybody. Chris has his own blog where he dissects all the anti-smoking "junk science" in his own unique style. 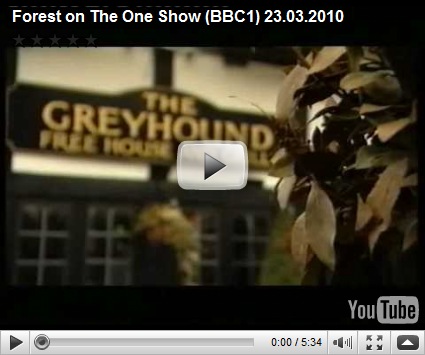 I find Deborah Arnott to be so very offensive. She says second-hand smoke is harmful, yet no one clearly has proven that it is.
She talks about the use of seat belts in cars; as though banning smoking is as important as that, in improving the health of the nation.
Its not about taking away adult freedoms then? Never mind the millions of people with social lives ruined that no longer go to pubs. They hail their nazi ban legislation to be a great success.

It is the likes of Arnott that believe that smoking should be banned in cars, not carrying children.

Labour,Ash,The RCP are turning this country into a health dictatorship.A country where adults can no longer decide for themselves.

Thanks to them the UK is a horrid place to live, a bully state.

How much was Tony fined?

The anti-smokers are determined there should be no smoking in public.
What the short-sighted blinkered bastards can't accept is that they are a major cause of the problem.
Smokers never encouraged smoking in full view of children etc and along with the rest of society sorted out an answer many, many years ago.
But then the anti-smokers forced smokers out from the privacy of adult venues such as pubs.

So Tony Blows was actually only fined £1,075. A bit rich him calling Arnott a liar when he's passed off his costs as being a fine.

Sorry for my bad english. Thank you so much for your good post. Your post helped me in my college assignment, If you can provide me more details please email me.