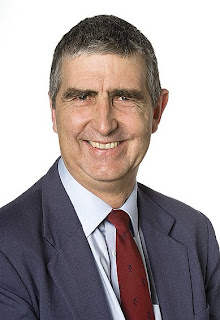 Kamrozik-1955-2010-father of the Second Hand Smoke lie-dies aged 55
Death, when it comes to someone you love and respect, one of your kith and kin, is hard to take, it rips you apart. Outside of your nearest and dearest a death is less tearworthy [thinking friends here] but the loss is heart rending never the less. But when it comes to a death of someone you do not respect, because they hit the headlines with outrageous claims, in  Konrad's case, Second Hand Smoke kills, you shed no tears at all. In fact some of us may crow at his demise.
I will not crow to the fact that you despised me as a smoker or that you were one of the original perp's of junk science to put me down as a mass murderer because I smoke, not that I was killing myself but that I was killing those about me, something that I will not swallow, but I'll listen. Everyone has something to say, and they should be given a hearing, rightly or wrongly, you then have to make up your own mind if they are talking bollocks.  Konrad, you talked ballocks.
As JJ says in the comments section over at DP's place:

Sorry DP – but I won’t be shedding any big tears for this man. His work was once quoted to me by my shitty county council as being a benchmark by which they further extended their policy of non-smoking in public areas surrounding Kelham Hall.

Then you read his [Konrad's] bio:


Since the mid-1980s, Konrad combined his academic and clinical work with his passion for tobacco control, as a part-time activist but full-time advocate. His approach to advocacy was both opportunistic and unrelenting - "like water dripping on a stone... you never know which drip will crack it".
As an academic expert he generated significant new evidence on the impact of smoking on vascular disease, particularly on stroke, and analysed the evidence as a member of numerous expert groups including the National Health and Medical Research Council's Second Working Party on Passive Smoking, an enquiry that the tobacco industry found so threatening they sought to gag its members through legal action.

It is hard to take this man seriously. Very hard.  In life and in death.

R.I.P Konrad. I will not crow at your demise even though you are three years younger than me; a smoker and a drinker. Misinformation is a killer, what killed you? Self righteous indignation I suspect.

HatTip to Dick Puddlecote, who is more learned than I.
Author Unknown at 11:47

How can any smoker or any scientist/statistician with any degree of dignity rue the loss of this cretin?
When you have the SCOTH Committee ignoring the top twenty odd studies in favour of this pillock simply because 'he' says what the NWO/WHO want to hear, you know that the world is well rid of such turds. Scientific integrity will be all the better for his demise!

I probably didn't write this piece as succinctly as I should have Phil. I wanted to get over the fact that I take death seriously, no matter how they lived their lives. I had to mention though that Kamrozic was three years younger than me, a smoker and drinker.

Today I am in trouble with two of my inlaws and drinking and smoking was leveled at me and how I look after my wife. I have no doubt in my mind that they have listened to people like Kamrozic, which is rich knowing what I know.

I'll say again, I will not gloat over this mans death, whatever the circumstances. RIP Kamrozic.

Ha fucking ha.
May he rest in purgatory

I'm with Phil on this. This man was largely responsible for ruining untold lives and businesses. To show respect is to accept the passive smoking bullshit. This man encapsulated everything we despise about the anti tobacco crusade. I'll reserve my sympathy for his victims, including those who have lost their lives purely and simply as a result of his lies and prejudice.

Budgie, the man was a sop to his prejudiced view of smokers and one wonders what other prejudices he had. He held a view that was much vaunted in the MSM under the name of 'science' and he will be remembered for this, the fact that he has died, at an uncommonly young, age does not fill me with glee, unfortunatly his words will live on long after his untimely death and we will not be able to take him to task about his dubious findings.

All I am saying is that I will not feel smug over the death of a man that was diametrically opposed to my way of thinking. If that were the case then I have a plethora of people that I could tag as "I wish they were dead!"


Unfortunetely there are still many
Judases still alive and kicking.

You're a very tolerant and honourable man John. If only he had had half your integrity, perhaps there would have been no need for this blog or indeed F2C.

You might not feel quite the same way in a few years (or less) when you'll be forbidden to smoke inside your own home...

Despite the fact that Konrad Kamrozik has worked hard to close down the pubs that gave me joy - I take no pleasure in learning that he has passed away. I feel sad for his friends and family. When the smoking ban is repealed; I shall think of him over a cigarette and a pint.

You're a very tolerant and honourable man John

Thanks for that budgie, two qualities that I'd like to think my fellow human beings have and I know that you and your good Mrs have.

One of the reasons that I feel some compassion for this mans passing is because I've spent the last week attending my bro in laws hospital bedside and thinking that he is going to die. So death has been on my mind recently. Thankfully he is on the mend.

The bro in law is a never smoker. He is a well educated man who was struck down with Vascular Dementia a couple of years back and has been in a care home. He was an industrial chemist and part of his job was to go on top of large petrol containers to take samples for lab work. I am convinced that smelling petrol fumes all those years has something to do with him having dementia but, as far as I know, there has been no studies about petrol fumes on the human brain.

There has been many detrimental studies about the effects of smoking, of which Kamrozik is just one proponent of.

As I said I cannot find it within myself to gloat at another mans death, no matter how I feel about that man. No doubt he will be exaulted by the anti smoking fraternity.

I only hope his junk science will be shown for what it is, junk!

Indeed, whilst a bigot and a liar he undoubtedly had friends and family who cared for him, so it would be wrong to crow. But when I think of the damage this man has caused, the families torn apart by bankruptcy and unemployment, the young girls raped, the suicides, the isolation, the assaults and murders (my own second cousin being killed by a psycho as she stood outside a pub when she should have been with her friends and family inside), I find it hard to feel any sorrow at his passing.