As Phil Johnson has already told our readers about the video on the right hand side of this blog called "fightback" we have Patsy Nurse's account of how she, Dave Atherton and Councillor Malcolm  Davis from UKIP, which I reproduce here in full. 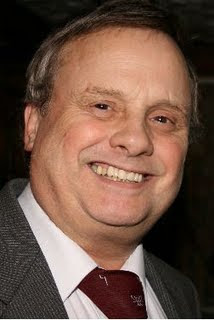 Many of you have probably heard by now through the Freedom2Choose blog that a visit to complain about the Birmingham North and East PCT's graphically violent video which shows a smoker getting beaten to death is to be removed from the web.

I was so outraged when I first saw the video that I complained. The background to why and how it was made, and the wider campiagn that it was part of, was explained but I didn't feel that it justified what I saw as a very irresponsible video which I honestly believe could incite violence against smokers.

Dave at Freedom2Choose agreed to come with. He is someone very useful to have on side because of the meticulous research he has done on the issue of smoking and health and the talent he has for quoting statistics when it matters.

Also present to add his voice to the complaint was Dudley Councillor Malcolm (pictured above) . It was very important that the complaint had some kind of political punch and a local aspect to it so the BEN PCT couldn't wriggle out of it by saying it wasn't meant to be seen by a wider audience, which they did.

It is important to add that UKIP was the ONLY party to lend this support. Others chose not to. If I could have mustered representatives from ALL political parties that would have been great but the others were not interested.

Malcolm, a non-smoker, was appalled by the video which he could not access on his council computer because it was blocked as having "unsuitable content" because of the graphic violence. When he managed to see it via a friend's computer, his resposne was "revolting."

The very nice ladies we saw at the PCT from the Communications, complaints, performance and organisational development, and health improvement departments, explained that there was no malice intended by the campaign which was aimed specifically at white males aged between 35 and 55 from their area. They also claim that "hardened" smokers were used as a focus group which approved the video.

I found that hard to believe and I was particulalry astounded when the ladies quoted the figure of 70% of smokers say they want to quit and the PCT has a duty to help them.

I pointed out that I know of many smokers who I chat to outside of public places, and many I interact with on pro-choice forums, who would disagree with the 70% figure. The ladies said I probably talk to the 30% who don't want to quit. It seems no-one has a "duty" to help them and they can be justifiably ignored.

When I pointed out that I believe the NHS is the enemy of the smoker, and even if I was dying from a heart attack I wouldn't go to hosiptal because of the way we are treated, I was told that hospitals would care for smokers in the same dignified way as non-smokers. I asked if they would have a campaign pointing that out to those smokers who don't want to quit and the answer was no. Of course not. I was therefore left with the assumption that 30% of smokers in this country to anyone at all, except, it would seem, UKIP.

The ladies disupted that smokers were stigmatised until Dave and I pointed out that being excluded from every public place in Britian was certainly evidence of such stigmatisation.

We also had a general discussion about NRT, and other quit smoking methods that were far more effective than those offered by the NHS. It was pointed out that neither the NHS, and their pharmacuetical sponsors, or the Tobacco companies could claim moral high ground as both compete to provide smokers with nicotine and money - billions of it - was the motivating factor.

I also informed the ladies of violent incidents and deaths by smoking ban that that have occurred since July 2007 between smokers and anti-smokers including those in the Uk of a father who killed his wife because she wouldn't give up smoking and his children so that they could be with her, and the father who beat his 12 year-old son for smoking.

Dave pointed out that those who hate smokers would see the video as justification to attack because they wouldn't see the analogy that was intended.

The video cost about £10,000 to make. Coun Davis said the money would have been better used in direct patient care than to propagate violence against a minority group.

The PCT tried to say it couldn't remove the video. I said if it wasn't removed then my complaint would be taken to the Ombudsman. Dave pointed out that Jane De Ville Almond, the anti-smoking nurse who called for smokers to be left to die if they didn't give up, had a video of her bigoted views removed by claiming copywright and the PCT could do the same.

They said they would remove it in two weeks when the campaign ends. I said that was too long and I would like to see it gone immediately. The PCT said they would review it and put in writing their decision. That hasn't come through yet but as F2C has sent out a press release, and blogged about it, I thought I should too - although I would have rather waited for that confirmation to come through first.

One final point of note is that the PCT said it hadn't received any other complaints. I know that at least one was sent through and several others have been received by F2C.

This is yet another victory for the pro-choice movment and smokers who have had enough and are not prepared to sit back and allow such violent and untrue propaganda against them to continue.

It just goes to show how blind some peple are.

How they couldn't see that this video would incite violence against smokers is amazing.

I also find it hard to believe how ignorant people are to what is going on around them with regard to the abuse already targeted against smokers.

That video is absolutely fucking vile!
Well done, lads, for striking a timely blow for freedom and common sense.

I was definately female last time I looked, Barking ... unless smoking also causes sex changes in adults .. oops - better not give the health nazis any more ammo.

I complained to the ASA about this video. They replied that it did not fall within their remit as it was not paid-for advertising and has not been circulated by the advertiser. I don't understand this. Can somebody wo knows about these things explain?

I got the same response from the ASA. It is because it isn't shown as a paid for advert on TV or the web - it has simply been uploaded to YouTube for free and the ASA has no remit over that. I alerted the ASA to the Guardian's story about it - again not the ASA's remit because the guardian story was editorial - not a paid for ad.

Good that the atrocious video has been pulled!